Applauded for her interpretation of the role of Iole during the French premiere of Nicola Porpora's serenade "Deianira, Iole ed Ercole", the French soprano Maud Haering already has a large number of concerts to her credit in France and throughout Europe. With the ensemble Parnasso in Festa, of which she is a founding member, she has brought this forgotten serenade to audiences in Normandy and Gironde during the Flam' and Musicales du Bocage festivals. The young soprano then performed the cantata BWV 51 'Jauchzet Gott in allen Landen' in The Hague (Netherlands) in February 2020 as part of the Early Music Open Stage of the Koninklijk Conservatorium. She was also heard in Salzburg (Austria) in July 2019 in the Bösendorfersaal of the Mozarteum where she sang Handel. She also performed cantatas by Ariosti and Bononcini in Basel, Bern (Switzerland) and Mulhouse with the baroque ensemble Ignis Musicalis in June and September 2018, and also performed in June 2018 in Lille with the ensemble Parnasso in Festa in the motet "In Furore" by A. Vivaldi.

In recent years, the light lyric soprano has benefited from the teaching of Luciana Serra at the Arte del Belcanto academy in Lugano (Switzerland). She was also a student of Julie Hassler's baroque singing class at the Conservatoire du 11ème arrondissement de Paris while continuing her master's degree in medieval singing at the Sorbonne University under the direction of Benjamin Bagby and Katarina Livljanic. In June 2021, Maud completed a master's degree in baroque singing at the Koninklijk Conservatorium Den Haag (The Hague) in the Netherlands, where she benefited from the guidance of Peter Kooij, Francesca Aspromonte, Robin Blaze and Rita Dams, and where she was awarded the prize for the best master's thesis presentation. In 2020 and 2021, she also benefited from the teaching of David Chappuis and Patrizia Bovi in the framework of two academies on the French and Italian Ars Nova at the Abbaye de Royaumont.

Noticed during the Ton Koopman Academy in February 2020, Maud performs regularly with the Amsterdam Baroque Choir (dir. Peter de Groot and Ton Koopman) and also in the choirs of the Collegium Vocale of Ghent (dir. Philippe Herreweghe). Since January 2022 she has also sung under the direction of Sébastien Daucé in numerous concerts of the ensemble Correspondances. Familiar with the stylistic requirements of the medieval and baroque repertoires, the young soprano was heard in plainchant by Hildegard von Bingen in July 2020 and 2021, and performs regularly with the ensembles Discantus (dir. Brigitte Lesnes), Arborescence (dir. David Chappuis), Sine Cum and Palin(e) in polyphonic and monodic repertoire of the 12th, 13th and 14th centuries.
Closely linked to the Royaumont Foundation, Maud was able to benefit from an incubator residency in 2022 in order to create a show for all and young audiences, which will premiere at the Abbaye de Royaumont on October 1st. Inspired by Boccaccio's Decameron and 14th century Italian music, the four artists will take you on a journey to the Mediterranean and the labyrinths of the human soul.
Maud Haering is also preparing to work under the direction of Jordi Savall in numerous projects from 2023 onwards. 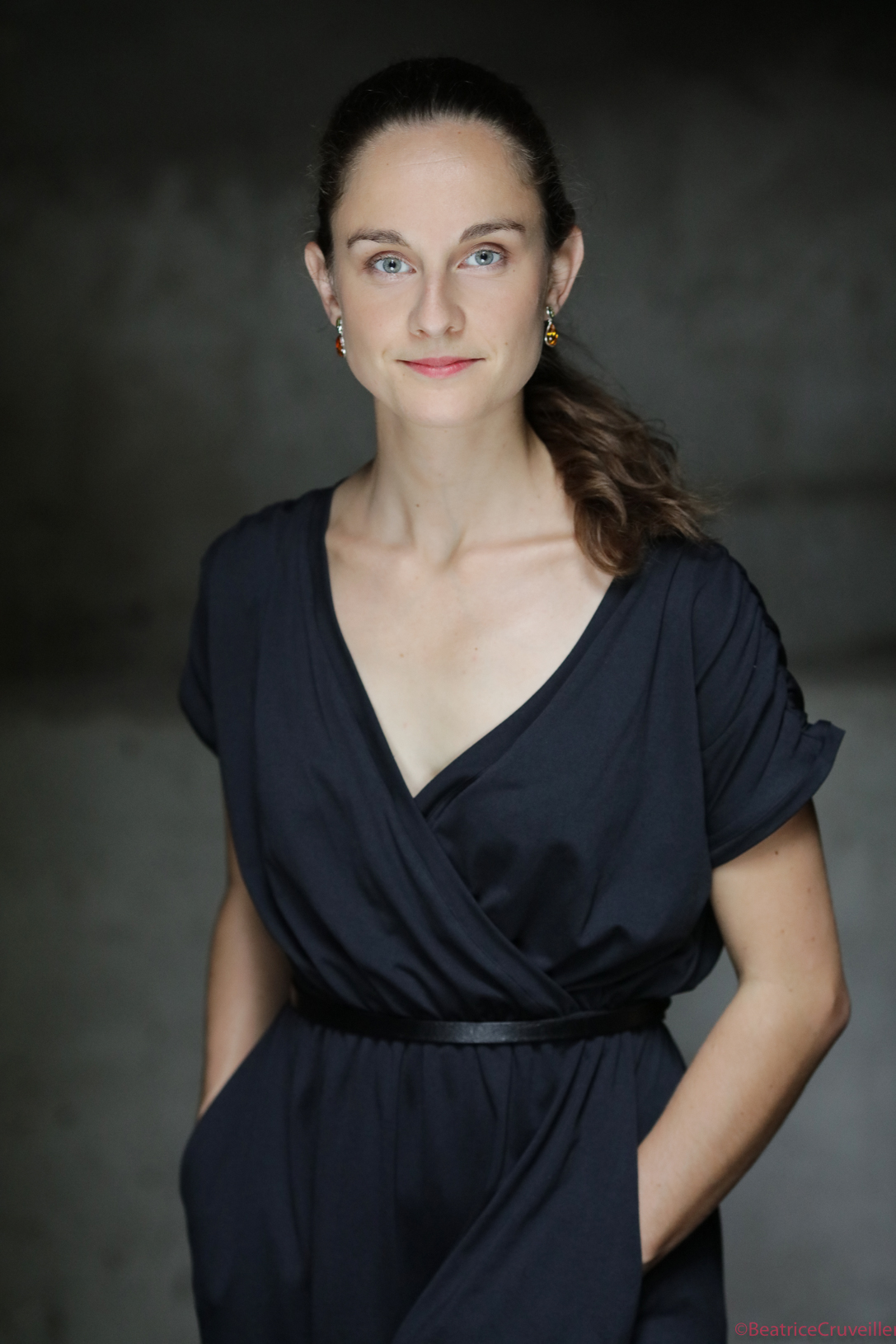